Now is high season for the popular French apricots.

Traditionally, France is known for its apricots and the extensive development and breeding of new bicolour varieties. It is not without reason that most of the apricots are called the “French” varieties.

LIDO is one of the new varieties and is very popular because of its strong and bright orange-red appearance, excellent taste and wonderful aroma.

Our grower in Graveson (Provence-Alpes-Côte d’Azur region) has this season become the new partner of the KÖLLA Group.

About 75 hectares are planted with modern French varieties only, with older plots being gradually replaced by the cultivation of new varieties. Due to its proximity to the Rhone valley, natural water is used in large quantities for sustainable cultivation, and appropriate protective measures are also taken against frost and hail to protect against harvest losses. 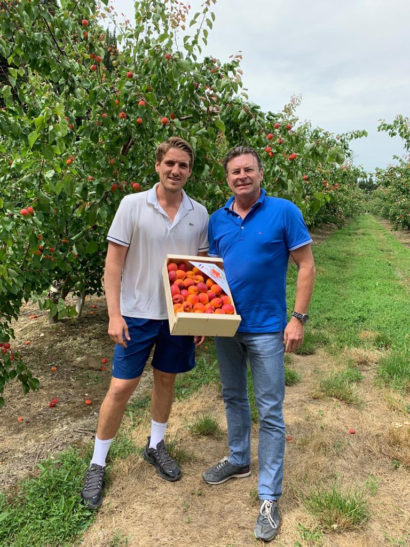