Harvest in May with 10 days delay

With the focus on white seedless grapes, the harvest in Giza 2021 has already started in week 18/19. In comparison, this year we started the season with a delay of about 10 days in week 20. 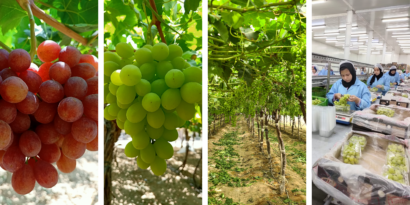 „Based on our pre-harvest visits, we are calculating with smaller calibres and more availabilities this year. This means that there will be more trayed products and less products packed in 4.5kg. The shortfalls of the white seedless varieties (week 21-23) could be compensated by fruits from other areas along the Alex Road and Alexandria.“ – Jose Claure.

This year, for the first time, new varieties and product innovations of red and blue seedless grapes are increasingly exported. Varieties such as Black Velvet, Scarlet Dew and Autumn Royal are already appearing on the market in commercial quantities. After this year’s first harvest of ARRA© varieties as well as SunWorld varieties, we expect increased volumes in the next 2-3 years.

We are currently very positive about the harvest and expect better qualities compared to last year. The season starts, as usual, at the end of June/beginning of July with the first small quantities of seedless white varieties (Superior). In the following two weeks, the first shipments of dark seedless grapes will be possible. The season starts with the excellent variety Itum15©. In the course of the season, new varieties will also be prepared for delivery. 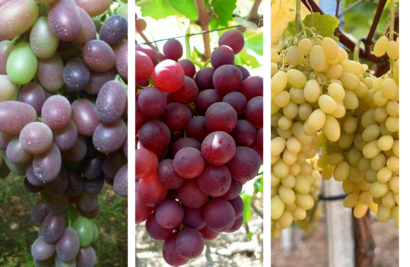 „We expect the white seedless varieties to be steadily available and reliable in their qualities throughout the season.“ – Jose Claure.

In week 25, the harvest of the white seedless grapes (Superior and Sugraone) begins in the south of the Murcia region. Besides very good qualities and a balanced sugar level (Brix content:13/16), this variety is also expected to have better calibres than in previous years.

From the end of week 25/beginning of week 26, the first shipments of the red seedless variety Itum15 are planned. This new variety has been planted increasingly in this region in recent years and allows an earlier start of the season. Only 2 weeks later (week 27-28) the season also starts in the northwest of Murcia. Here the prognosis for a good sugar level and good calibres is just as positive. Through steady variety development over the past years, we can ensure a regular supply of all three variety types:

In Seville, too, the harvest of the Superior seedless is started at the same time. Here we work together with house producers who also have organic produce. From season to season, it can be observed that the demand for the premium varieties from the end consumer is steadily increasing. 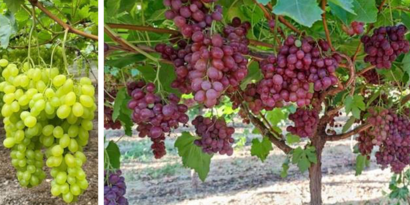 The Italian grape season begins in the growing regions of Sicily. Traditionally, our producers there have specialised in seeded varieties – whereas elsewhere a trend towards seedless varieties has developed.

It has become apparent that the seeded Italia grape is no longer able to withstand the constantly changing climatic conditions (excessive heat or sudden rainfall). It was therefore necessary to carry out a gradual varietal substitution in favour of the new seedless grapes. These have a greater resistance to climatic conditions.

Another factor for the decision to cultivate more seedless varieties that should not be neglected is the strong and constantly increasing market demand for seedless grapes. They make it possible to be more independent of climatic conditions and personnel presence and thus to meet the greatest possible demand. Traditional varieties need significantly more care and weather constancy and will thus disappear from the fields sooner or later.

In order to prevent long-term negative consequences of climatic changes, our main producers have made some changes in the structure of their greenhouses:

01) A roof construction with a double plastic layer was developed against excessive heat.

02) As protection against frost during the germination phase, a water-based frost protection system, which is activated at a preset temperature drop or threshold (of below 0C°), was installed.

With cardboard and without pesticides

Our producers focus on sustainability and achieve the lowest possible environmental impact by building a photovoltaic system. In addition, they are keen to give preference to environmentally friendly packaging materials, such as cardboard trays made from recycled material or biodegradable Topseal trays. Already in the field, during the production phase, they achieve a containment of the development of insects and a spread of parasites through increased greening. These measures make it possible to reduce the use of plant protection products.