Originally from Central Asia, the red, slightly sour fruit is today not only of great importance in its region of origin, but has also gained in esteem in the Mediterranean region. It is mainly cultivated in Spain and Turkey, but also occasionally in Italy. Worldwide consumption is steadily increasing, so that demand on producers is also growing consistently. The most common and best known is the red coloured fruit. In contrast to the yellow variety, it needs thermal differences during the cultivation period so that the red colour can form. For the harvest, in turn, a dry climate is particularly important for a qualitative yield. In case of unexpected rainfall, considerable quality problems can occur in the crown and fruit.

Also, consistently higher temperatures, such as those currently prevailing in Turkey and Spain, can lead to a seasonal change and prevent the fruit from reaching the right degree of ripeness. Thus, the season of the Spanish harvest starts with a week’s delay. Followed by Alicante, Valencia, Tarragona and Lerida, the region around Huelva heralds the start of the season in week 32 – a harvest with larger calibres is expected here. Less interesting for export, but all the more popular locally, is the Mollar variety. The harvest forecasts for this variety, which is rather pale in appearance, are very promising in Alicante so far. The situation in the east of the country seems to be rather disadvantageous. In the area of Lerida and Tarragona, a crop loss of about 50 % is expected due to the spring frosts. In the Turkish region of Manisa, the harvest is also expected to be smaller. Smaller quantities with larger fruits are expected. For even higher quality yields, the pomegranates in Manisa will be treated with a coating this year.

There are a variety of packaging alternatives for the pomegranates. In addition to conventional baskets, nets or trays, it is also possible to offer the produce in packaging made mainly from natural raw materials, such as paper trays, cellulose nets or cardboard baskets. 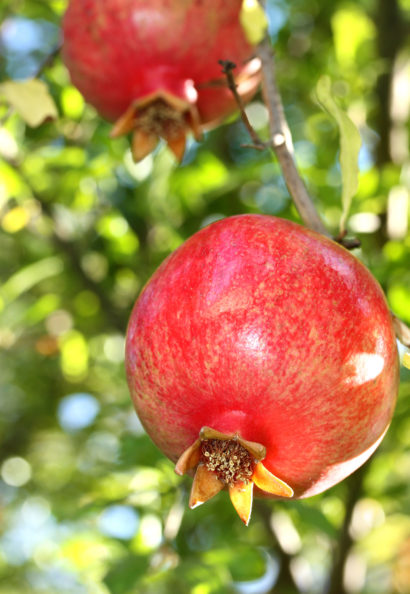