It is the start of the season in Huelva – the first nectarines and peaches from the greenhouse are harvested in limited quantities. In calendar week 14, the goods were already packed and loaded in small trays (10x500g), i.e. 5 to 6 pieces. These are all small calibres. The plantations around Seville have also not had any problems with frost this spring. Nevertheless, a decline in cultivation areas can be observed in Seville within the last few years, which means that the location will probably lose its relevance in the future. The start of the season is planned here in calendar week 16, so that deliveries can be expected the following week.

With a forecast of -10 % to -20 %, the season of calendar week 17 in the Murcia area will start almost as planned, despite a slight frost. In Tarragona and Extremadura the harvest will also be as usual. Losses of the early varieties are to be expected. To the north, in the Lerida/Aragon area, yields of nectarines are expected to be 20-30% lower.

Likewise, Paraguayos suffer a 20-30 % crop loss in Lerida/Aragon due to frost. In the southeast of Spain and in Extremadura, the harvest is almost as usual, with a 10% drop, despite a light frost. A stable harvest situation is expected there in the middle/end of June. Ultimately, it is the apricots that are showing a huge drop this year in Murcia and Extremadura. It is estimated that the early-flowering varieties from April to May yielded about 60 % less than before. Likewise, the later varieties from May to June – here only quantities of 50 to 40 % are to be expected due to the frost. In Extremadura, a drop of 70-80 % is reported. The losses in the Lerida/Aragon area cannot yet be measured exactly, but are likely to be around 50 %. 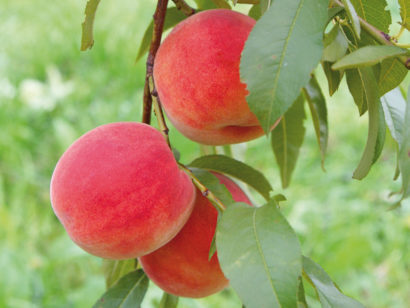